How do I join The Hive?

The Hive is a Featured Server on Minecraft: Bedrock Edition.

🤔 What is Minecraft: Bedrock Edition?

Minecraft: Bedrock Edition is version of Minecraft that can be played on any of the following devices:

The Bedrock edition of Minecraft is cross-platform, which means that you can play with other players who are playing on any of the supported devices listed above.

🎮 How do I play The Hive on Minecraft: Bedrock Edition?

Once you have opened Minecraft, simply click play, and then select the Servers tab as seen below: 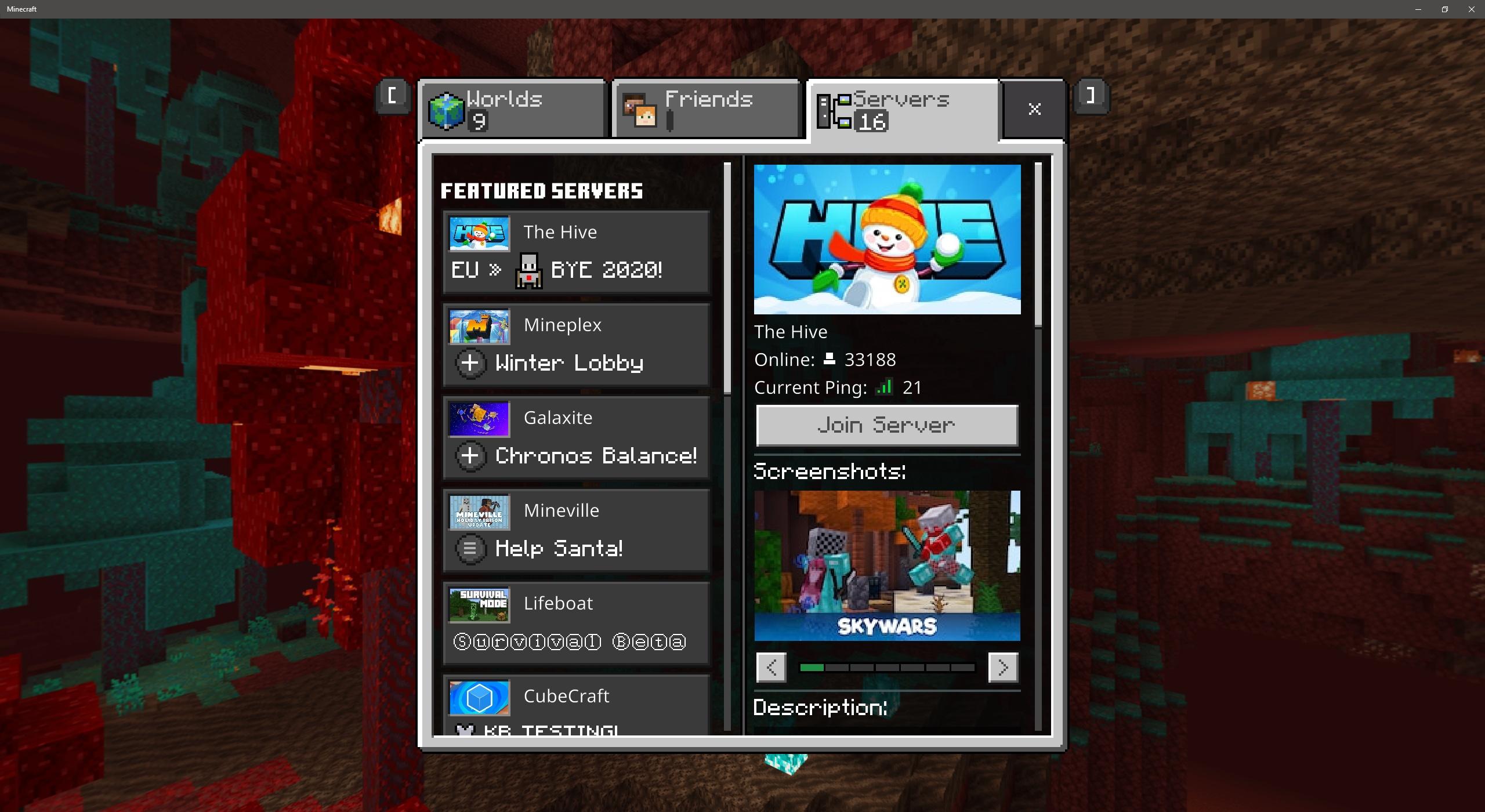 From the Featured Servers list, you can now select The Hive, and join the server.

❓ How can I purchase Minecraft: Bedrock Edition?

On Windows 10 devices, Minecraft can be purchased on the Microsoft Store.

On mobile devices, Minecraft can be purchased on the Apple App Store and the Google Play Store.

On Xbox, PlayStation and Nintendo Switch consoles, you can purchase Minecraft digitally, on the consoles' respective stores. You can also purchase a physical copy from most major retailers.

🌐What is The Hive's IP address?

On devices that allow you to enter an IP address to join a server, you can use the following IPs to connect to The Hive:

You can also connect directly to our regions using the following IPs:

Those wishing to connect to the Asia region, but are located far from Singapore, we recommend connecting through au.hivebedrock.network. This IP is automatically used for those joining through the Featured Servers list that live in Oceania or the Philippines.

Can't find the answer to your question? Contact our support.

Contact us
Link copied to clipboard.
You've successfully subscribed to The Hive Minecraft Server - Support
Great! Next, complete checkout for full access to The Hive Minecraft Server - Support
Welcome back! You've successfully signed in.
Unable to sign you in. Please try again.
Success! Your account is fully activated, you now have access to all content.
Success! Your billing info is updated.
Billing info update failed.